In Godo Kaisha IP Bridge 1 v. TCL Commun. Tech. Holdings Ltd.,[1] the Federal Circuit definitively answered the question: “Who determines the standard-essentiality of the patent claims at issue—the court, as part of claim construction, or the jury, as part of its infringement analysis?” According to this precedential decision authored by Judge Kathleen O’Malley: “Where . . . there are material disputes of fact regarding whether asserted claims are in fact essential to all implementation of an industry standard, the question of essentiality must be resolved by the trier of fact in the context of an infringement trial.”[2] With this opinion, the Federal Circuit reaffirmed its holding in the 2010 decision Fujitsu Ltd. v. Netgear Inc. (“Fujitsu”)[3] and rejected an interpretation that sought to require district courts to assess the essentiality of an asserted claim to an industry standard as a part of their claim construction analysis. END_OF_DOCUMENT_TOKEN_TO_BE_REPLACED Recent Supreme Court decisions have added clarity to the interpretation of the law of Standard Essential Patents (SEPs) and Fair, Reasonable And Non-Discriminatory (FRAND) licensing rules in Europe. On 5 May 2020, the German Federal Court of Justice issued its decision in Sisvel v. Haier.[1] The reasons for the judgment were published on 7 July 2020. Equally eagerly awaited were the judgments in Unwired Planet vs. Huawei [2] as well as in Conversant vs. ZTE and Huawei [3], which the UK Supreme Court handed down on 26 August 2020. END_OF_DOCUMENT_TOKEN_TO_BE_REPLACED On June 2, technology companies and copyright holders testified before Congress about the effectiveness of the Digital Millennium Copyright Act’s (DMCA) “safe harbor” provision. These testimonies came after the U.S. Copyright Office released its long-anticipated May 21 report, which studied and discussed DMCA’s effectiveness and the safe harbor provision. END_OF_DOCUMENT_TOKEN_TO_BE_REPLACED

Embedding content from a social media site in one’s website initially seemed to be a safe harbor from a copyright infringement claim. In 2007, the Ninth Circuit adopted the so-called “server test,” ruling that in-line linking of images – now more commonly referred to as embedding – did not violate the exclusive display, copying or distribution rights of the copyright holder because, via HTML instructions, users are only directed to the website where the images are stored.[1] That ruling, at least as to violation of the display right, has recently been rejected, with at least one court finding a violation of a copyright owner’s exclusive display right regardless of whether a third-party server hosted the image.[2] END_OF_DOCUMENT_TOKEN_TO_BE_REPLACED On June 23, 2020, the President of the Russian Federation told the nation about new measures supporting the Russian economy amid the pandemic of COVID-19. In particular, he announced a plan to support IT companies by a major reduction of taxes on them. END_OF_DOCUMENT_TOKEN_TO_BE_REPLACED After a steady, but typical number of Section 337 complaints filed in the first half of 2020, the U.S. International Trade Commission (ITC) saw a dramatic increase in July. Twelve new complaints were filed, representing the second largest number of complaints ever filed in one month. Despite issues surrounding the COVID-19 crisis and uncertain economic times, the ITC continues to be a forum of choice for patent owners and the increased activity in July demonstrates that patent owners continue to have confidence in the ITC as an effective forum in which to assert their patent rights. END_OF_DOCUMENT_TOKEN_TO_BE_REPLACED

On July 31, 2020, the U.S. Court of Appeals for the Federal Circuit issued a modified and reissued decision[1] (American Axle II) of its earlier October 3, 2019 decision[2] (American Axle I) in response to a combined petition for panel rehearing and hearing en banc concerning patent eligibility under 35 U.S.C. § 101. At issue were independent claims 1 and 22 and associated asserted dependent claims of U.S. Patent No. 7,774,911 entitled “Method for Attenuating Driveline Vibrations.” In the July 31, 2020 modified decision, the majority opinion maintained that claim 22 was patent-ineligible, but changed its original opinion affirming the patent ineligibility of claim 1 and, instead, remanded claim 1 to the district court for further proceedings. Both decisions were split, over strongly worded dissents. There were several additional vigorous dissents in a 6-6 decision[3] denying the petition for rehearing en banc. END_OF_DOCUMENT_TOKEN_TO_BE_REPLACED On July 3, 2020, China released the second draft amendments to the Patent Law. This second draft introduces significant changes to both the current Patent Law and the 2019 draft amendment. It also comes at a time when China is introducing significant legislative and judicial changes to other key IP rights, like new criteria for determination of infringement in administrative proceedings for trademark infringement, and more importantly, draft judicial regulations addressing the long disputed issues of protection of foreign trade secrets and the implementation of the commitment China recently assumed in this regard by signing the US-China Economic and Trade Agreement of January 15, 2020, also referred to as the Phase I Agreement. It remains to be seen whether all these amendments will go in the direction auspicated by the US and the EU, or whether and to what extent they may be the expression of China’s new protectionist policies and retaliation against alleged hostile foreign policies.

In the present blog we will review some of the major changes in the second draft amendment to the Patent Law and assess their likely impact on foreign businesses in China. END_OF_DOCUMENT_TOKEN_TO_BE_REPLACED In the course of infringement proceedings, the right-holder may request an infringer and/or other involved persons (e.g. intermediaries such as an online video-sharing platform in this case) to provide name and address of users-infringers. But what does the notion of ‘address’ refer to? Would the provision of other than a postal address (such as email address, telephone number, and/or IP address) be compliant with data protection regulations? END_OF_DOCUMENT_TOKEN_TO_BE_REPLACED 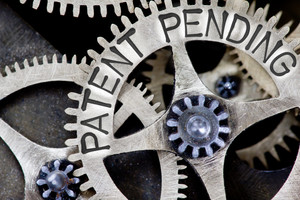 Have you ever wondered why European patent applications sometimes include a “dot” in their number and what is the significance of the number after the dot?

Well, we have. Some of our colleagues from non-EU offices have asked us about the meaning and significance of the dot (decimal point) and the digit after it, in European patent applications. Following various responses from our colleagues such as “You know, I am not sure,” or “I have always been curious, but not curious enough,” we decided to find out. For those seeking an article that dives into the critical scholarship of intellectual property laws, this may not be the one for you. END_OF_DOCUMENT_TOKEN_TO_BE_REPLACED