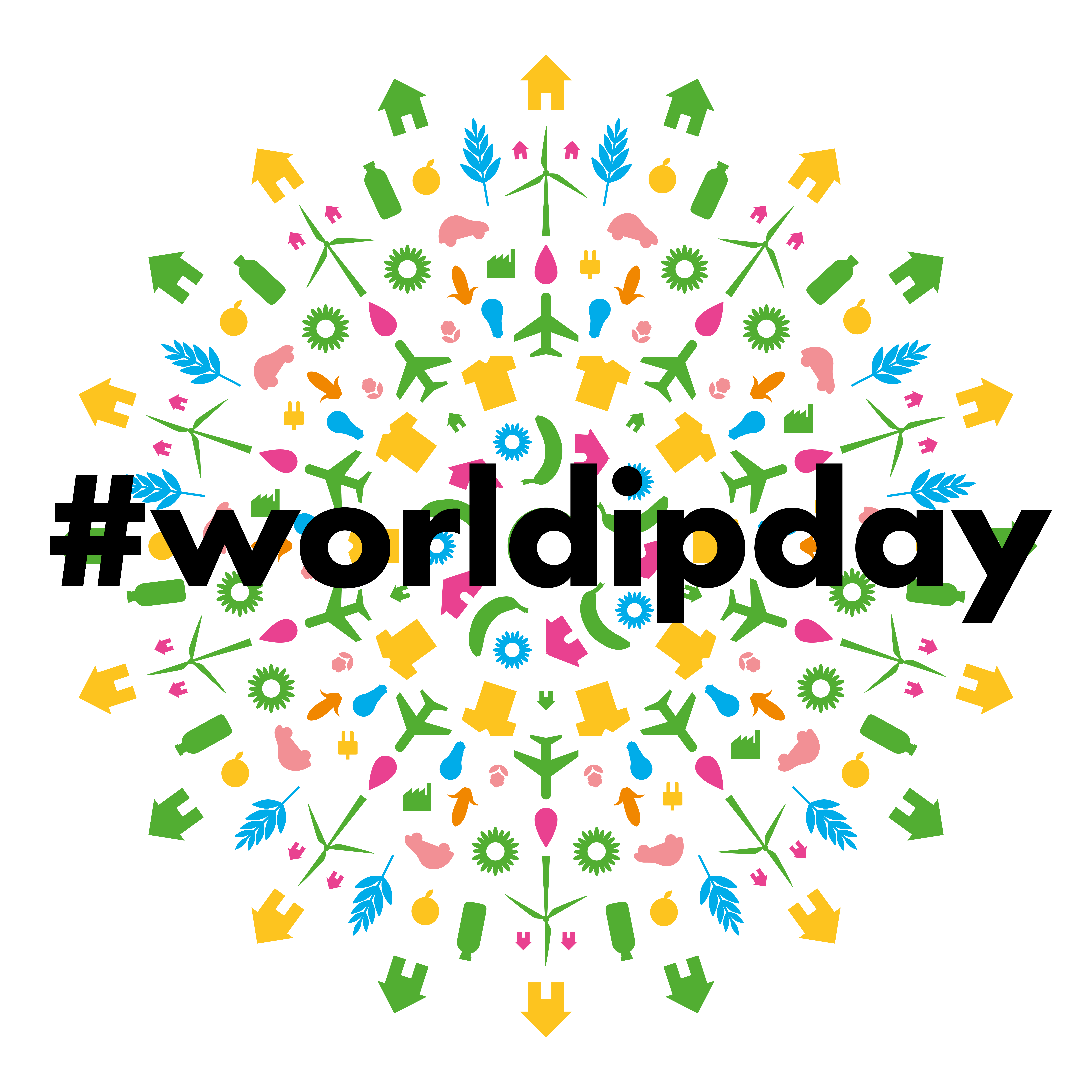 Today is World IP Day, a day established by the World Intellectual Property Organization (WIPO) to “learn about the role that intellectual property (IP) rights play in encouraging innovation and creativity.” The theme for 2020 is “Innovation for a Green Future,” and WIPO’s website and magazine contemplate how various IP regimes matter for addressing climate change, developing biomaterials, and harvesting renewable energy. The role of IP in a green future has been debated, but most will agree that it matters. We asked Squire Patton Boggs’ global IP practitioners about the subject. A sampling of their insights and observations is provided here.

If you are seeking to patent an invention that uses genetic resources, you ought to first ensure that you can document that your genetic resources were properly obtained. Increasingly, countries across the world are legislating to meet obligations imposed by the 1993 Convention on Biological Diversity (“CBD”) and its implementing Nagoya Protocol on Access to Genetic Resources and the Fair and Equitable Sharing of Benefits Arising from their Utilization to the Convention on Biological Diversity (“Nagoya Protocol”). Generally, the CBD and Nagoya Protocol obligate signatory countries to pass laws requiring inventors to seek prior informed consent and enter into mutually agreed terms before they may use a country’s endemic genetic resources.

While certain key jurisdictions, such as the United States, are not parties to the CBD or the Nagoya Protocol, failing to comply with these international agreements might jeopardize your opportunity to seek patent protection in other important jurisdictions. For instance, to obtain patent protections in many nations in the European Union, applicants must submit appropriate documentation with any patent application resulting from the utilization of genetic resources. While this legal framework continues to develop and strengthen, complying with these laws is also just good business: a significant number of potential research partners, such as botanical gardens and universities, are requiring their collaborators to proactively work to share the benefits of biodiversity with countries of origin.

The USPTO has greatly reduced the patent application examination backlog, but US patents still take about two to three years from filing to grant. Some inventors can’t wait that long. The method for accelerating examination most often used today is the Track One filing. By paying a substantial official fee ($4,000, $2,000, or $1,000 for large, small, or micro entities, respectively) and adhering to certain claim limitations, an applicant’s patent application will be examined to either a final rejection or allowance within one year. An often overlooked method for accelerating examination, which is substantially cheaper, is filing a petition to make an application special under rule 37 CFR 1.102(c). An applicant may petition for prioritized examination for various reasons, including if their invention will materially enhance the quality of the environment or contribute to the development or conservation of energy resources. The official fee ($140, $70 or $35 for large, small, or micro entities, respectively) for these petitions is minimal. As inventors move forward with patent applications describing innovation for a green future, they should consider whether their application may qualify for these inexpensive petitions to prioritize examination.

The Japanese National Diet is set to deliberate this term a major amendment to the Plant Variety Protection and Seed Act. One of the stated purposes of the revisions, according to the Ministry of Agriculture, Forestry and Fisheries (“MAFF”), is to protect branded agricultural products developed in Japan, such as rice, grapes, and strawberries, from unauthorized production and propagation in foreign (i.e., non-Japanese) countries. The amended law, if passed will strengthen the protection for certain varieties by providing expanded breeder’s rights and requiring royalty payments for use of registered varieties. However, the amendment is not without its critics as some view the changes as an infringement on existing farmers’ rights and potential for foreign corporate farming to control the seed market in Japan.

As more and more consumers are consciously considering the environment when making purchasing decisions, there is comprehensive case law on the circumstances, in which the use of “environmental claims” or “green claims” is considered misleading under the German Act Against Unfair Competition (UWG). Provisions of waste legislation, such as the German Battery Act or the German Electrical and Electronic Equipment Act, qualify as market conduct regulations under the UWG, the breach of which may result in a court ban in the form of an interim injunction obtained by a competitor.

The German Trade Mark Law Modernization Act, which came into force in January 2019, implemented the EU Trade Mark Directive 2015/2436 creating a new brand category called “certification marks” that relates to the guarantee of specific characteristics of certain goods and services. The first German certification mark, the “Grüner Knopf” (“Green Button”), was registered with the GPTO in July 2019. It is intended to ensure that the companies offering textile products under this brand comply with certain duties of care for human rights and the environment, and that the products comply with certain social and environmental criteria.

In addition, according to the German Patent and Trade Mark Office (GPTO)’s press release of 24 April 2020, the number of published patent applications on renewable energies with effect for Germany increased significantly for the first time again in 2019 after a downward trend of several years. In 2019, the GPTO and the European Patent Office published 1,077 of such applications in the field of solar technology (solar thermal and photovoltaic energy), wind turbines, hydropower and geothermal and biogas technology, i.e. 9.6 percent more than in the previous year.

For many years the Communist Party and the Chinese Government have heavily invested in supporting China’s technological development through patenting. The tremendous growth of patent filings in China by domestic Chinese companies related to climate change from 2008 to the present days is an example of such policy.

China has been confronted by the most dramatic consequences of climate change. Desertification, and rising temperatures and seas, threaten directly the three most important cities in the country, Beijing, Shanghai and Guangzhou, with catastrophic humanitarian and economic fallout. To respond quickly to these challenges, China has introduced ambitious policies. China has thus become the largest manufacturer and user of electric buses and cars to combat the immediate problem of city pollution by car emissions. Factories have been restructured and modernized, many old fashioned industries have been moved away from city centers, huge wind and solar parks have been built — nowhere is there anything closely comparable in size.

For years, Chinese companies were relying on foreign technologies. The Party and the government saw this as a great disadvantage for the country’s development and in the last ten years a lot has been done to create a domestic renewable energy industry. Patenting technology that has an impact on climate change has therefore become a priority for the Chinese national security. This seems to be confirmed by the fact that the China State Grid is the most prolific applicant. Such filings are encouraged by the Chinese government through a network of economic and fiscal incentives.

Based on the above, we could expect more litigation in the future, especially by Chinese competitors against foreign investors trying to bring their climate change related technology to China.

The UK Combines Technology and Incentives to Clean the Air, and Smart Factories May Help Save Resources and Address COVID-19 Supply Chain Issues
by Simon Jones

In the UK, efforts are underway to clean up the air in some of the most polluted parts of the country via the creation of Clean Air Zones in a number of cities and regions. We are advising on a number of these schemes, all of which involve the deployment of lots of cameras and warning signs of various types together with the deployment of associated data processing, payment and enforcement services. Typically, these scheme also involve making available various financial incentives to encourage the owners of the most polluting vehicles to buy newer and cleaner vehicles. In so doing, each of the CAZ schemes are expected to enable city/region to meet its clean air targets in a few years’ time which will be a significant environmental achievement. Linked to this, we have also been working with a body which is responsible for implementing transport infrastructure in parts of the UK on a project that will see a significant roll out of both publically and privately funded Electric Vehicle Charging Infrastructure in a large part of the UK which will be a significant step towards the adoption of electric vehicles. In all of this, technology is playing a significant role in delivering a greener future.