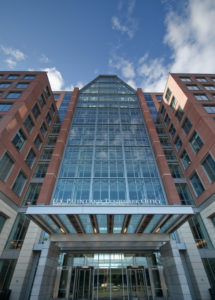 On April 22, 2019, the US Patent and Trademark Office (“USPTO”) published a notice in the Federal Register regarding the existing options available for Patent Owners to amend their patents during or after an America Invents Act (“AIA”) challenge proceeding. This notice did not amend or alter existing USPTO practices, but instead summarized and clarified three existing options available for Patent Owners to amend patents challenged under the AIA. The notice is a reminder that, while the obvious amendment option for a patent under an AIA challenge is a motion to amend (“MTA”), reissue and reexamination proceedings initiated by a Patent Owner are important alternatives and may provide an added benefit, in that the patent challenger has limited or no involvement in such proceedings.

When a patent is challenged in an AIA challenge proceeding before the Patent Trial and Appeal Board such as an inter partes review (“IPR”), Patent Owners may seek to amend the challenged claims of such patents by filing a motion to amend (“MTA”). An MTA may be used to amend a challenged claim by proposing a single replacement claim for each challenged claim. 37 C.F.R. § 42.121(a)(3). As explained in our prior blog on this subject, here, MTAs have been very rare but their use may increase under the USPTO’s new Pilot Program. An IPR, however, is not a forum for “enlarging the scope of the claims” or “introduc[ing] new subject matter” as it only permits amendments responsive to grounds of unpatentability raised at trial. 37 C.F.R. § 42.121(2)(i)-(ii).

The notice discussed two additional options for amending AIA challenged patents: a reissue application or a request for ex parte reexamination. These options may be used before, during, or after an AIA trial proceeding results in a final written decision, as long as the application or request is filed (i) “before the USPTO issues a certificate that cancels all relevant [c]laims” or (ii) before the Federal Circuit issues a relevant mandate.” MPEP 1449.01 and 2286 (IV). For example, “a Patent Owner may file a reissue application or a request for reexamination within 63 days of a final written decision regarding the patent at issue.” 37 CFR 90.3. Each of these processes has its advantages and disadvantages, and there are important differences.

A Patent Owner may file a reissue application to correct an error in a patent, where, as a result of the error, the patent is deemed wholly or partly inoperative or invalid. MPEP 1402. An error in the patent arises out of an error in conduct which was made in the preparation and/or prosecution of the application that became the patent. Id. The Patent Owner can satisfy the “error” requirement under 35 U.S.C. 251 by making a statement in its reissue oath about their failure to “previously present narrower claims.” MPEP 1414(II). A reissue then proceeds through examination in much the same way as an application for a patent under original examination. An “application for reissue of a patent shall constitute an offer to surrender that patent, and the surrender shall take effect upon reissue of the patent.” 37 CFR § 1.178(a). Before the reissue patent issues, the original patent is not surrendered and remains in effect. A Patent Owner may abandon a reissue application at any time before reissue of the patent, for example, after obtaining a favorable result in a final written decision in an AIA proceeding or on appeal. Id. USPTO’s reissue practice provides for third party notice (by announcement of the reissue application in the Official Gazette, see MPEP 1430) and a (limited) opportunity for a third party to be heard (by filing a protest, see MPEP 1441.01).

A Patent Owner may amend its claims by filing a request for ex parte reexamination, as discussed above. Reexamination requires “a substantial new question [(“SNQ”)] of patentability affecting any claim of the patent concerned.” 35 U.S.C. § 303. A Patent Owner cannot raise a SNQ on a ground already decided in a final written decision of an AIA trial. In re Swanson, 540 F.3d 1368, 1377 (Fed. Cir. 2008) (quoting H.R. Rep. No. 96-1307(I), at 6466 (1980)). During an AIA trial, however, a SNQ may be established based on a question raised in a ground presented in an AIA petition. See MPEP 2242(I). If the USPTO grants a reexamination request, however, it may stay the reexamination pending a final written decision in an AIA trial addressing the same patent.

There are some major difference between the alternatives discussed in the notice. For example, the grounds for amendments differ in reissue and reexamination proceedings. In a reissue, an AIA challenged patent can be amended to address all statutory requirements relating to patentability (i.e., 35 U.S.C. 101, 102, 103, 112). In contrast, reexamination generally addresses only issues relating to validity over prior art consisting of patents and printed publications (35 U.S.C. 102 and 103), and 35 U.S.C. 112 under limited circumstances (i.e., only as raised by newly added subject matter in an amendment)). Additionally, the one year bar to filing an AIA post-grant challenge, i.e., an IPR or a Post Grant Review under 35 U.S.C. 315 (b), does not apply to a reissued patent, because it is considered a new patent. In contrast, this one year bar applies to a reexamination because it results in the issuance of a certificate in the original patent, rather than the issuance of a new patent.

As between the two alternatives to an MTA, a reissue may provide a Patent Owner with more flexibility to amend an AIA challenged patent. Importantly, though, the filing of an MTA does not preclude the Patent Owner from filing a reissue application or seeking reexamination. In fact, Patent Owners may seek an MTA first, and use the feedback from the PTAB in a subsequent reissue application that will be examined by the USPTO examiners.

Although a Patent Owner’s choice to use either an MTA, reissue or reexamination will depend on the specifics of their patent, litigation or business needs, Patent Owners are well advised to consider the USPTO’s notice. It appears likely that more Patent Owners will be filing reissue applications based on the above.