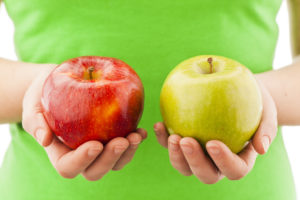 Failure to comply with the various comparative ad rules and laws can ultimately lead to the ad being banned, damages being payable, and in the most serious cases, fines or imprisonment. Businesses considering running a comparative ad should not be put off however, the law actually encourages comparative advertising. For example, in the recitals to the Directive, EU legislators recognise the potential benefits of comparative ads in terms of stimulating competition between suppliers of goods and services. As such, when ruling on cases involving comparative ads, the Court of Justice of the European Union interprets the requirements for lawful comparative campaigns in the way most favourable to their publication. UK courts and regulators (such as trading standards, the Advertising Standards Authority and the Competition and Markets Authority) are required to take the same approach.

For many businesses, ads that compare their products with those of a competitor can be a useful means of distinguishing their offerings. Supermarkets often use comparative ads to compare the price of a basket of goods in their stores against the price a consumer would pay in a rival supermarket. Comparative ads are also used to poke fun at a competitor, and, if executed successfully, can generate a social media buzz around the advertiser’s brand. For example, the ‘Mac versus PC’ ad campaign helped to demonstrate the strengths of Apple computers relative to PCs in a playful yet memorable manner.

With these potential benefits in mind, advertisers should always obtain legal advice to assist with clearing their comparative campaigns. There are a number of key requirements that any comparative ad will need to meet in order to be lawful:

This list is not exhaustive and even compliance with these requirements may not shield an advertiser from all liabilities that could arise. For example, a comparative ad could constitute copyright infringement or passing-off; the risks will vary according to the content of the ad. As such, advertisers should ensure that they obtain legal advice in advance of commencing a comparative advertising campaign. One of the benefits of the Directive is that the comparative advertising legislative framework is identical in each of the 28 EU member states. That said, local variances and enforcement nuances do apply.

Squire Patton Boggs is an international law firm specialised in advising businesses on issues such as comparative advertising, whether in the UK or across multiple territories. Please contact Carlton Daniel  for more information.